The Woman Who Makes Prosthetic Pinkies for Ex-Yakuza Members (motherboard.vice.com). Meet Yukako Fukushima, finger-maker. "Fukushima’s prosthetics are tailored to her client’s exact needs and skin tone. Most ex-Yakuza will need their pinkies firstly for job interviews as they are likely to have their hands on their laps. Different social occasions such as drinking parties (nomikai) will require them to have either darker or lighter finger shades depending on whether they have their hands lowered (causing blood to flow down the arm and turn the finger redder), or raised (causing blood to flow away from the hand, reducing the redness)."

Multitasking is Killing Your Brain (medium.com). A study at the University Of London showed that subjects who multitasked while performing cognitive tasks experienced significant IQ drops.


“For men, multitasking can drop IQ as much as 15 points, essentially turning you into the cognitive equivalent of an 8-year-old.”

Only 15 points? Some days I feel like a salamander on Quaaludes.

Extreme Wealth Is Not Merited (oxfam.org). Careful analysis shows meritocracy has little to do with extreme wealth, something we all wish we didn't already know, because if wealth turns out to be non-merit-based, it goes against all we hold pure. But note carefully, here we're talking about extreme wealth, not wealth in general. (Feel better now? Me neither.)

There's a secret "black site" in New York where terrorism suspects are tortured for years at a time (boingboing.net). Cory Doctorow with a story that's not getting nearly enough press.

Wall Street Pulls Back From Mortgage Market That Fed Made Boring (bloomberg.com). Trading volume has fallen by more than 40 percent in mortgage-backed securities. Meanwhile, "The Fed now owns more than $1.7 trillion of mortgage backed securities as a result of its $3.5 trillion quantitative easing program." There goes the "housing boom."

Bankers Fight For Scraps (bloomberg.com). "Investment banking revenue at Deutsche Bank fell 30 percent in the fourth quarter of 2015 from a year earlier, while that of Credit Suisse was down 26 percent. At UBS, the decline was 10 percent." Big, fat, crocodile tears streaming from my eyes. 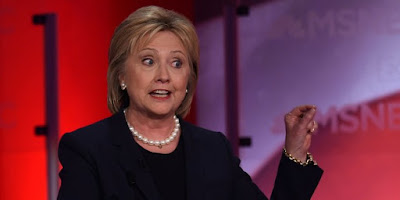 “I was very flattered when Henry Kissinger said I ran the State Department better than anybody had run it in a long time.” (thenation.com). Wow. Just, holy Moses, wow.

So wait, let me get this straight. You align yourself with someone who illegally bombed Cambodia and Laos; was complicit in three genocides in Cambodia, East Timor, and Bangladesh; pushed ﻿Nixon to throw the book at Daniel Ellsberg for releasing the Pentagon Papers; and ﻿vigorously supported coups and death squads throughout Latin America?

Speeches That Earned Clinton Millions Remain a Mystery (abcnews.go.com). Hillary's "That's what they offered" (Goldman Sachs speech fees) is insultingly disingenuous. She set the fee, as she always does. They merely paid what she asked. And now she won't provide transcripts. "I'll look into it." (Real Soon Now.)

$153 million in Bill and Hillary Clinton speaking fees, documented (edition.cnn.com). As Amy Davidson said in The New Yorker, "She is walking a fine line by arguing that money has a baleful influence in politics generally but has left her, personally, unaffected." Clinton exceptionalism, again.

Why Bernie Sanders Can't Govern (theatlantic.com/politics). "Hillary Clinton’s realistic attitude is the only thing that can effect change in today’s political climate." Oh please. She'll appease every special interest the minute she arrives; that's supposed to mean progress? Gridlock will be worse under Sanders? Really? Worse than it is now? Worse how? And under Clinton, better how? Better because she has some magic formula for collaborating with evildoers? Screw that. Any Democratic president will face hell dealing with a Republican Congress. Far better if we go with someone principled.


One chart that explains how Sanders tied Clinton in Iowa (vox.com). Young voters aren't having any of Clinton. And (surprise!) young women aren't voting with their vaginas.

Trump’s Support Keeps Growing (theamericanconservative.com). I still say a brokered convention will try to dethrone him.

Justice Department Fails to Criminally Prosecute a Big Bank -- Again (prospect.org). Settlements like the $470 million one with HSBC make for good headlines, but nine years after the financial meltdown of 2008, no bankers have gone to prison. Nor would they under a Wall-Street-friendly GOP or Clinton administration.

Oil market spiral threatens to prick global debt bubble (telegraph.co.uk). Globally, "the industry has issued $1.4 trillion of bonds and taken out a further $1.6 trillion in syndicated loans, driving up the combined energy debt threefold to $3 trillion in less than a decade." Too big to fail? Guess we'll find out soon enough.

The rise of the rich-poor gap (thestar.com.my). Excellent summary of Where We Are Now, but as with so many of these hand-wringing exercises, the author (Martin Khor, executive director of the South Centre) stops short of calling for outright wealth redistribution, which at this point may be the only real solution to the inequality problem. We don't need more fiddly little tax incentives or half-assed "just so" compromises. We need a dramatic ramp-up in programs that put money in the hands of ordinary people (for once) instead of the rich. We tried trickle-down, and it didn't work. That's the lesson of the last 30 years. Let's move on. Let's get cash into circulation. At the bottom, not the top. Student debt forgiveness would be a good start. Rebuilding our roads, bridges, and water pipes might be another good start. And yes, the rich should pay for it. All of it. It's time to give back.

The American Dream Is Dead, And Now Even The Mainstream Media Is Starting To Admit It (endoftheamericandream.com). I don't agree with the author's notion that excessive taxation has put us in this mess, but there's no arguing with the many facts presented (with corroborating links) in the article, such as: "The median net worth of families in the United States was $137, 955 in 2007. Today, it is just $82,756." And: "An astounding 48.8 percent of all 25-year-old Americans still live at home with their parents." And: "46 million Americans use food banks each year." 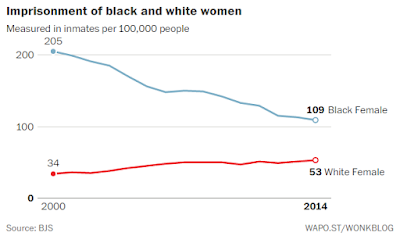 There’s been a big decline in the black incarceration rate, and almost nobody’s paying attention (WaPo). Whites are doing more time (comparatively) as blacks begin to do less time, a trend that's especially pronounced with females. Some interesting theories are advanced in the article.


COFFEE IS HOT BEAN JUICE—I'M NOT MAKING A CRITICISM SO MUCH AS A REMINDER
— Bernie Thoughts (@berniethoughts) February 8, 2016

Buy my books (or I'll shoot this dog):
Have you added your name to our mailing list?
Posted by Kas Thomas at 12:00 AM