The Pathetic Crowdfunding Effort to Save Greece

Indiegogo was offline for a while today, having crashed after so many people flocked to the crowdfunding campaign for Greece.


The sad part of this"joke campaign" is that some people will truly think the campaign (which would benefit IMF, not Greece) is a good idea in the first place. A humanitarian effort to help the Greek people directly would be highly appropriate. But an effort to raise money to pay the International Monetary Fund? That's insane. The satirical intent is actually quite sad, and the campaign distracts people from the true upcoming need for humanitarian relief.

The other sad thing is that people apparently can't do basic math any more. For anyone who's lulled into thinking this campaign is serious: It should be obvious that you can't possibly reach a goal of €1.6 billion. When the Indiegogo site went down, it had been taking pledges at a rate of over a thousand Euros a minute (which is not terribly high, as these things go). To reach its goal in the time allotted (7 more days), the campaign would have to take in €158000 a minute.

At €1000 a minute, the Save Greece campaign would need more than three years to reach its goal!

To reach a €1.6 billion goal (the current campaign's goal), you'd need 16 million contributors of €100 each. That's not going to happen.

Nor should it happen. Paying the extortion demands of IMF is not the same as helping Greece. Ordinary citizens around the Eurozone will be helping bail out Greece soon enough, through normal default mechanisms, when Germany, France, Spain, Italy, and other holders of Greek bonds find those bonds worthless.

So as an exercise in showing how big the debt numbers are, yes, this is a pretty good way of showing it. Insert polite golf clap here for the inventor of the campaign.

A deal could still be (and likely will be) reached to avert all-out default in the days ahead, but for now, the best thing you can do for Greece is pray; and if a catastrophe happens, donate to international relief agencies.

Greece: How Ugly Will It Get?

Greek bank insolvency may end up mooting the referendum. Things could get plenty ugly before Sunday. 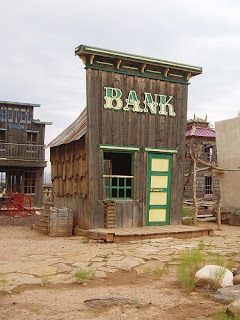 At Wednesday’s governing council meeting, the ECB will discuss the legal status of the Emergency Liquidity Assistance program and various options for Greek banks. The worst case is not pretty. It would involve ECB forcing a "resolution" of the Greek banking system, which would ultimately lead to a "bail-in" of depositors (confiscation of funds), separation of non-performing loans into a bad bank, and various liquidation exercises meant to make the ECB (not the Greek people) whole. All of this would take time, of course; it's not going to happen in a week. Still, if the governing council comes back with bad news, it will cast a dark shadow over an already dreary situation.

There is effectively no deposit insurance. The Greek deposit insurance fund has a paltry 3 billion Euros in it, to protect something like 130 billion Euros of deposits. In Cyprus, in the 2012 crisis, the bail-in was aimed disproportionately at large depositors; but in Greece it won't matter. There's not enough "backstop" to protect even the smallest depositors. Everyone will get hurt. I've seen estimates from 50% to over 90% for the resulting haircuts.

Clearly, it's in the Eurozone's interest not to let something truly awful happen to Greek depositors, because a highly visible, traumatic doomsday play-out would almost certainly trigger bank runs in peripheral nations. But ECB's reputation for humanitarian solutions, at this point, falls a bit short, to put it mildly.

The "peripheral nation" problem is more insidious than it looks on the surface. Greek banks operate directly or indirectly throughout Bulgaria, Macedonia, Albania, Serbia, and Romania. Depositors in each of those countries could be affected if Greek banks are "resolved." (See this Reuters story for more.)

Even if ECB takes no draconian action on Wednesday, just getting the Greek banks to reopen while capital controls are in place will be complex and difficult. Meanwhile, if private (never mind public) payrolls can't be cleared through the (closed) banks, workers won't get paid and things could deteriorate rapidly. Shortages in fuel and basic commodities have already started to happen; by Sunday, people will be in no mood to vote for more chaos (by voting Οχι: No).

A lot depends on what happens between now and Sunday, obviously, but at the moment it seems ludicrous to imagine that people will vote anything but Yes on the referendum, because (Mr. Tsipras? Are you listening?) no one knows what Οχι leads to. Yes leads back to the main highway (the Highway to Hell, but still a highway). The main highway, horrible as it is, will be looking better and better as the days go by.

I want to thank the following individuals for retweeting me yesterday:

Also please visit HackYourDepression.com when you have a chance, and share that link with someone you know who might be suffering from anxiety or depression.
Posted by Kas Thomas at 3:56 PM