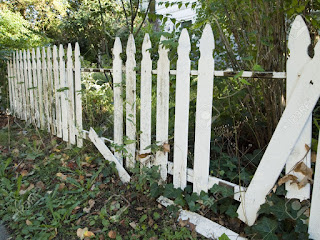 The stock market is great at destroying capital and jobs (marketwatch.com). But wait, is the stock market supposed to create jobs? Well, yes, actually. The purpose of a stock market is to give corporations access to capital. Companies are then supposed to use the capital to grow the business. Ultimately that should mean more jobs, yes? That's not what's going on. Capital creates very few jobs in this economy. (Read the article.) And most public corporations are slowly taking themselves private with stock buybacks. (Apple will be private in about 20 years at the current rate.)

This data point explains (in part) the conundrum of the global economy (businessinsider.com). Business Insider is the Shakespeare monkey of journalism, producing gibberish most of the time, but occasionally (by accident) publishing something interesting, in this case a quotation from a McKinsey paper:

Again: Capital is no longer coupled to job creation, except in an incidental way. 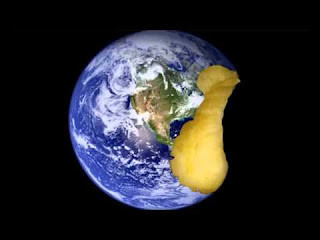 Have we, in fact, reached "peak stuff"? (newscientist.com). This meme is worth oh-so-many blogs. Because fundamentally, it's true: The market for "stuff" is finite, and those of us in the advertising-dominated adhocracies of the world reached peak ability to consume a long time ago (IMHO). Speaking for myself, we wrote about this idea enthusiastically (and prematurely) 40 years ago at The Mother Earth News (where I got my first "real job"). I do think the IKEA guy is right: Mindless consumption has peaked, in the developed economies, at least, and is now cycling down. If you live in an OECD country, chances are, you're buying less meat than ever before, less gasoline, less sugar, fewer burgers, fewer cars, oh hell . . . fewer ironing boards, fewer shirts, less dry cleaning. For crying out loud we've REACHED PEAK COAT HANGER! Steel, concrete, oil, sugar, Happy Meals, inkjet cartridges, "printer paper," aluminum foil, bath towels, ketchup, dishwashing detergent, vinegar, light bulbs, post cards, for God's sake man, is there anything we haven't reached peak consumption of? I could go on. And maybe I will, in future blogs. In the meantime? Immerse yourself in "peak stuff" articles. This meme is immensely important. And congrats for reading up on it, because no professional economist seems to "get it" yet. You're way out front!

It May Be Better If You Don’t Read This Story on Public WiFi (medium.com). Hack the right people at Starbucks and you gain access to who-knows-how-many-systems.

Pentagon to take over control of background investigation information (WaPo). I feel so reassured now.

Deutsche CEO predicts cash will be gone in a decade (reuters.com). Just like vinyl records are going away, right?

Climate Change Is Taking A Toll On Farmers’ Mental Health (thinkprogress.org). Not a rigorous, statistically reliable study. But still.

Unequal Risk (publicintegrity.org). "Workers in America face risks from toxic exposures that would be considered unacceptable outside the job — and in many cases are perfectly legal." A remarkable series of articles. Among the stories:

'Samsung is to blame' for cancers (publicintegrity.org). Also see:

Cause for 'alarm' on possible work-related causes of breast cancer (publicintegrity.org).

6 Prescription Drugs That Aren't as Safe as the Government Claims (alternet.org). Actually, 5 drug categories, plus one actual drug that isn't sold any more (Vioxx).

Who Poisoned Flint, Michigan? (rollingstone.com). The single best long-form backgrounder on the subject so far, IMHO.

The EPA’s Silent, Guilty Role in the Flint Water Crisis (newrepublic.com). Who needs an Environmental Protection Agency if this is the best they can do?

And in case you missed it:

What If Instagram Used The Blockchain? (cointelegraph.com). It's still all a bit fuzzy, but the virtue of this article is that it does, in fact, give some real-world case studies of businesses that are using blockchain tech in unique ways. One gets the feeling that Digital Rights Management will end up creating a useful use-case for blockchain.

Suicidality and aggression during antidepressant treatment: systematic review and meta-analyses based on clinical study reports (BMJ). This is a hugely damning, highly significant meta-analysis of antidepressant studies, basically showing a clear pattern of fraudulent science in antidepressant clinical trials going back decades. I can't do it justice here. Read it all the way through. It's devastating.

Many, many thanks to the fine folks who retweeted me recently on "the Twitter: