Why can't the leaders of the Republican Party see that I am bringing in new voters by the millions-we are creating a larger, stronger party!
— Donald J. Trump (@realDonaldTrump) March 2, 2016

No one doubts Trump can bring out the angry-white-man vote. But if that's all he's got, it ain't enough.

Trump kills GOP autopsy (politico.com). A hilarious account of how the GOP's earnest attempt at soul-searching got interrupted by the presidential campaign from hell.

Death predicts whether people vote for Donald Trump (WaPo). This is fascinating. Remember the Case-Deaton study on dramatically rising death rates among white middle-aged Americans? It turns out you can predict how Trump will do in a given county by the local death rate among non-Hispanic middle-aged whites.

Sanders is Right, the US Needs a Healthcare System More Like Those in Europe (economonitor.com).


Arguing With My Father About Hillary Clinton’s Ruthlessness (buzzfeed.com). A brilliant, poignant essay. Be sure to read this if you like good writing and want to see how it's done.

9% of superdelegates are lobbyists (libertyblitzkrieg.com).

242,000 Jobs Added in February: 304,000 of Them Were Part-Time (mishtalk.com). This article takes apart the government jobs numbers and shows how cooked they are, how artificial and phony the whole labor-statistics-reporting thing has become. It's shameful that our government feeds us these distorted, nonsensical "statistics," which only grow more grotesque with each reporting cycle. 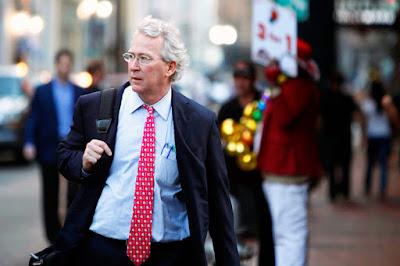 The Greek tragedy of the billionaire who fracked up PA (philly.com). A recap of the career of the hideous slime-bucket who destroyed much of the Northeast via fracking, then decided life without money (or at least, life without freedom from indictment) was not worth living. (A role model for our kids!) Good riddance and may your soul rot forever in hell.

German banks begin hoarding cash (wolfstreet.com). A memo by the Association of Bavarian Savings Banks openly encourages its member banks to stash cash in their own vaults rather than depositing it at the ECB and paying the penalty interest of 0.3%. Expect to see more of this kind of thing as Negative Interest Rate Policies (NIRP) take hold.

Will Inequality Turn Entire Cities Into Ghettos? (forbes.com). The remarkable thing is that Forbes would run this piece.

Snowden: FBI Claim That Only Apple Can Unlock Phone Is “Bullshit” (theintercept.com). Snowden contends NSA (which has been silent throughout the FBI-Apple dispute) has various cracking options available to it; FBI is pursuing a test case in order to establish a precedent. Nothing more.

Although Clinton Won Massachusetts by 2%, Hand Counted Precincts in Massachusetts Favored Bernie Sanders by 17% (sweetremedy.tv). Not conclusive. But troubling.

A Brokered Convention Meant to Block Donald Trump Could Result in the Opposite (thedailybeast.com).