What It’s Like to ‘Wake Up’ From Autism After Magnetic Stimulation (nymag.com). Bookmark this. Savor it. Show it to friends.

Why Voters Will Stay Angry (bloomberg.com). A story told in graphs. One of which is shown below. 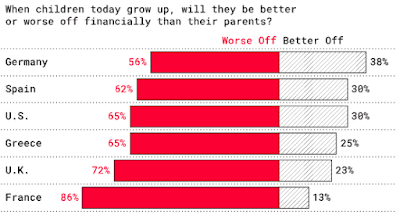 World War Three may have already begun in Iraq and Syria (blogs.reuters.com).

Uncovering the Secret Locations Where the US Government Illegally Interrogates Its Captives (vice.com). Scary-as-f*ck.


Global inequality may be much worse than we think (theguardian.com). "It’s time we face up to the imbalances that distort our global economy. There’s nothing natural about extreme inequality. It is man-made. It has to do with power. And we need to have the courage to say so."

Join the One Percent and Live a Decade Longer (bloomberg.com).

Why Luck Matters More Than You Might Think (theatlantic.com)

Inequality and Aggregate Demand (economistsview.typepad.com). The link goes to a summary of the paper; the paper itself was presented at the Advances in Research Conference, Federal Reserve Bank of St. Louis (but is not available online yet). Using a mathematical model, the authors show: "A permanent rise in inequality can lead to a permanent Keynesian recession, which is not fully offset by monetary policy due to a lower bound on interest rates." In other words, there is nothing keeping demand from falling (and creating a permanent recession) in a world where there is little or no middle class. Trickle-down won't save us. It hasn't worked so far.

Why the Banks Should Be Broken Up (rollingstone.com) by Matt Taibbi.

How a Cashless Society Could Embolden Big Brother (theatlantic.com).

'Zombie companies' are killing the economy (businessinsider.com). HSBC economic advisor Stephen King posits the existence of zombie companies that, thanks to quantitative easing, have been able to survive without the normal pressure to reduce costs. Take away QE (or let debts unwind), and these same companies will be forced to lay off thousands. 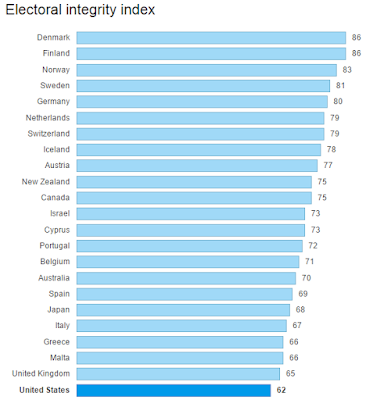 The GOP Is Now Openly Bragging About Suppressing Voters (alternet.org).

Colorado loss reveals chaotic, overwhelmed Trump campaign (msnbc.com). I've been saying this for weeks and I'll say it again: Trump will fall short of 1,237 delegates. He needs to get on the phone with Kasich. Riots in Cleveland aren't the answer to anything.