Links you may have missed this week:

Powdered Alcohol Comes to the U.S. Just what we need now, right?

Loneliness brings mortality risk: This BYU meta-study looked at 3 million people, total, and found that the heightened mortality risk of social isolation is equivalent to smoking 15 cigarettes a day.

Disney Rocks the Wristband World: This week I did a Tweet that got 116,276 impressions (ten times the usual, for one of my Tweets). People responded warmly to the (delightful) Wired story about Disney's remarkable ability to capitalize on RFID proximity technology (old stuff, really) in its Magic Kingdom smart wristbands (see photo below), which have become so popular—and incredibly lucrative, for Disney. Proving, of course, that you don't need to design a smart watch to do smart things. It's all in the wrist. 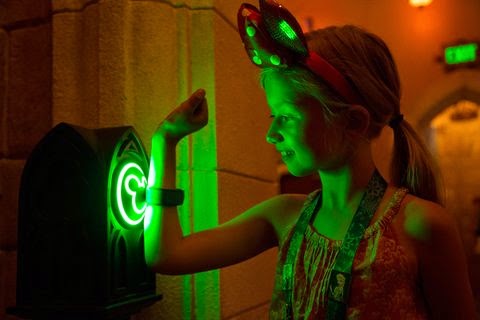 American White Women Are Dying Prematurely: This is something I first wrote about on this blog in March 2013. The Mother Jones story underscores a previous report in the NYTimes about declining health in the U.S., a trend now known to demographers (and others) as “the U.S. health disadvantage.” Life expectancy is deteriorating most rapidly in under-50 populations. “Deaths before age 50 accounted for about two-thirds of the difference in life expectancy between males in the United States and their counterparts in 16 other developed countries, and about one-third of the difference for females” (to quote the Times story). Seen in the context of the BYU study (mentioned further above), we can begin to parse this as (perhaps; arguably) partly a problem of social isolation, knowing, as we do, that more Americans are living alone, fewer are getting (or staying) married, and loneliness begets mortality. Of course, it doesn't help that Americans have the best second-rate health care system money can buy.

Is the American Dream an Illusion? Fast Company reports on the fact that poor Americans (those least likely to have a reason to believe in it) believe more strongly in The American Dream than well-to-do Americans. A well-meaning (but ill informed) tweep said something back to me on Twitter like "Yeah, but at least you can make it, here, compared to other countries!" Um, not so fast. If you do your homework, you'll find the U.S. consistently ranks lower than most developed countries when it comes to upward mobility, with levels of income inequality on a par wth Jamaica and upward mobility far less than in many Scandinavian countries (or Canada, for that matter). If you want to live the American dream, you're better off moving to Denmark.

Problems with the Big Bang Theory: Like many "just so" theories in science, the Big Bang isn't quite as tidy a theory as it seems when held under a strong light.

14-Year-Old Hacker Catches Auto Industry By Surprise: This Autoblog story got widely disseminated despite the fact that the 14-year-old in question was never named and the car he hacked into was never named (details are supposedly too sensitive for dissemination). So, um, in other words, the story is totally unsubstantiated, probably a plant intended to publicize the report by Sen. Ed Markey (D-Mass.) calling for the National Highway Traffic Safety Administration and Federal Trade Commission to develop new standards that ensure drivers are given the choice to opt out of Detroit's data collection efforts.

Google Ranking Factors (200 of them!) are summarized in this infographic. Via @kdas7021.

Join me again next Friday for another edition of Friday Water Cooler; and be sure to come back tomorrow for a look at the latest (and scariest) Google innovation.


☙ ❧
The following list of great people who retweeted me yesterday might not be 100% complete, but it's as good as I can do with my silly notifications-scraping hack. Regardless, you should get busy following the folks shown below. They're fantastic Twitter networkers, and they retweet! (Click their pictures; the pics are live links.) If you look at the first icon, somebody posted a picture of their organ. (Stop that!)