Andreas Lubitz and the Stigma of Depression

Is the press being too quick to pin "depression" on Andreas Lubitz, the Germanwings copilot?

Dr. Sarah Bailey, Senior Lecturer, Department of Pharmacy & Pharmacology, University of Bath, maintains it is damaging to speculate about his mental health. She said:


We cannot comment on this co-pilots history: we know nothing about him and speculation about a person’s mental health is always damaging to that individual’s family and to others. We run the risk of stigmatizing people with depression.

Pete Etchells, a lecturer in biological psychology at Bath Spa University, writes in the Guardian that way in which the UK press covered the news that Germanwings pilot Andreas Lubitz may have had depression is “abhorrent.” 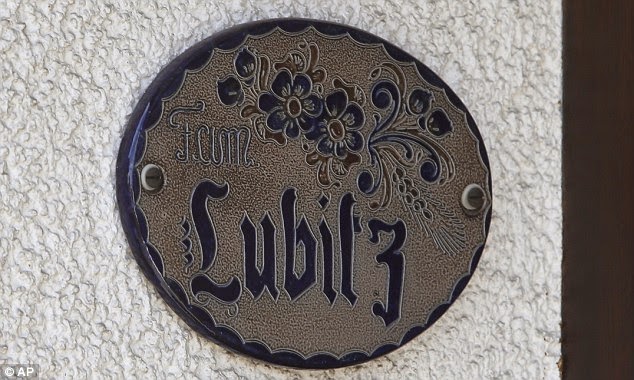 Normally, I'd agree with many of these comments. I'm a pilot (but not for hire). I've suffered from depression (and written about it extensively in my books Hack Your Depression and Of Two Minds). My wife is on disability for schizoaffective disorder. I'm the last one who would advocate anything that stigmatizes the mentally ill.

However, it strikes me as ludicrous to suggest that somehow we're stigmatizing innocent people, now, by asking legitimate questions about why Andreas Lubitz killed himself and 149 other persons when he deliberately crashed a Germanwings Airbus into a mountain. It seems to me that in the aftermath of such a blatantly pathological act, we have every right to ask questions about Lubitz's psychological and medical background; we have every right to invade his privacy, at this point; and we most certainly have every right to get depressed people out of airline cockpits. Is that "stigmatizing the mentally ill"? I hardly think so.

It's beyond question at this point that Lubitz took a hiatus from flight training in 2009 for mental health reasons. It's also starting to look like he hid a health concern from his employer immediately before the crash. And there is no doubt whatsoever that he flew a jet full of innocent people into a mountain. And yeah, we're free to discuss all of this out loud.

Advocates for the mentally ill should welcome, not disparage, any dialog on depression that results from the Germanwings disaster. We should be talking (for example) about the fact that men complete three times more suicides than women; and most airline pilots are men. If it's possible we could reduce the likelihood of incidents like the Germanwings crash, or the October 31, 1999 EgyptAir crash (a deliberate act), or the Mozambique Airlines Flight 470 crash (also deliberate), merely by, say, hiring more women pilots, then perhaps we ought to be having that discussion? (Or maybe, if air travel has become so safe that the most serious impediment to safety is a human pilot, it's time for robot pilots.)

The idea that we're stigmatizing every person who's ever been depressed merely by talking about Andreas Lubitz's mental problems (and certainly, he had some, if he flew a jet into the ground), or that we're oppressing innocent people by talking about the need (and it is a need) to keep homicidal and suicidal persons out of jobs involving public safety—well. That's, quite simply, nuts.

You don't have a right to hold people's lives in your hands if you're mentally unstable. That's not me oppressing you. That's just reality.

Lufthansa's liability here is huge. Any doctor who saw Lubitz is potentially on the hook too. In the States, doctors have a duty to warn. Maybe this concept hasn't caught on in Europe? Or the idea of medical exams for airline pilots every six months, like in the U.S.? (It's once a year if you're under 40. Twice a year if you're over 40.) Or the idea of an Airline Transport Rating requiring 1500 hours of experience, like in the U.S.? Or the idea that you spend a decade or more working your way up the ladder, in the U.S., before you get in the right seat of an Airbus; you don't step into the right seat with little or no jet time, at age 27.

Or how about the common-sense idea of having two people in the cockpit at all times? Apparently new to Lufthansa.

Let's be clear. Lufthansa's el-cheapo Germanwings subsidiary tried to save money by hiring a newbie pilot who, in the U.S., would have been considered laughably underqualified to hold a front-office job with a major carrier; Lubitz's resume would never have gotten serious consideration in the U.S. Look who took him in: a cost-cutting airline operating dead-tired, end-of-life equipment (the Airbus in question was near the end of its 60,000-hour service life and would have required a front-to-back refurb to be kept in service another year). The whole thing stinks. It smacks of corporate penny-pinching, shortsightedness, and negligent disregard for common sense. (When a pilot takes an extended mental-health hiatus during training? That should be your first warning, right?) When word of the crash came out, Lufthansa's initial reaction, incredibly, was to defend its internal systems. They were slow to release Lubitz's name. They still haven't released logbooks, training records, details. Maybe because they know how damning the details will be.

At around $4M per family, liability for the deaths of 150 passengers could amount to a $600 million payout, which is the equivalent of a full year's top-line revenue for Lufthansa.

I think now we watch Lufthansa itself go down in flames. If so, good. Maybe other airlines will learn how not to cut corners.