Depending on how things play out, the Flint, Michigan water situation may come to be a historic example of how industrial pollution can lead to a rise in infectious disease.

We know that industrial toxins (like heavy metals) can cause health problems in and of themselves; but it may also be that they increase your odds of getting Legionnaire's disease. 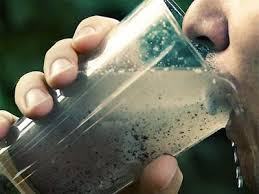 At least 87 Legionnaires’ cases, including nine deaths, were confirmed across Genesee County during a recent 17-month period, corresponding to the period in which Flint residents were switched from Lake Huron water to Flint River drinking water. To say the jury is still out on whether the change in water was responsible for the spike in Legionnaire's cases is kind of like saying the jury is still out on whether greenhouse gases cause the atmosphere to trap heat. Let's don't be silly. Of course it was the water. What did you think it was?

Flint River water is notoriously polluted, due to the river's use as an industrial dumping ground for much of the twentieth century. Water sourced from the river is known to have high levels of (for example) heavy metals. We also know that various species of amoeba tend to show up in high concentrations in such places:


Acanthamoebae, which are free-living amoebae, occur worldwide in soil and water. It has been isolated from ponds, lakes, brackish water, and seawater; filters of heating, ventilating, and air-conditioning units; medical equipment, such as gastric wash tubing, dental irrigation units, contact lenses, and contact lens solutions . . . It has also been isolated from toxic waste dumpsites with high levels of pesticides, herbicides, pharmaceuticals, heavy metals, and polychlorinated biphenyls. (from Johnston et al., 2009, J. Clin. Micro.) 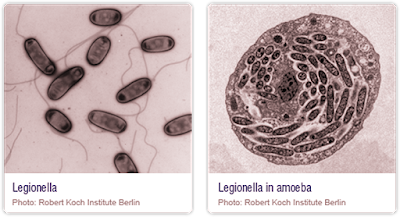 The reason amoebae are important here is that that's exactly where Legionella bacteria live: In the wild, they live as intracellular parasites, in amoebal cells (something we've known since 1980, thanks to the pioneering work of Leeds public health microbiologist Tim Rowbotham). That's also how Legionella bacteria know how to live inside human macrophages. They've honed their intracellular survival tricks (for millions of years) in amoebae, which resemble macrophages in many important ways.

Acanthamoebae have the ability, in times of stress, to form durable cysts, and we now know that inhalation of Legionella-infected amoebal cysts is the primary means of transmission of Legionnaires’ disease. So if you create conditions that are right for a buildup of Acanthamoebae (and their cysts), you almost certainly have conditions that are right for spreading Legionnaires' disease.

Flint has exactly the kind of nasty, toxic-waste-laden water that invites microorganisms to cooperate in complex webs of interdependency in order to survive. It's the perfect breeding ground for Acanthamoebae and thus Legionella.

Sure, we need to wait for CDC to weigh in before declaring, definitively, that the Flint River is to blame for the uptick in Legionnaires' cases. But anyone with any microbiological training knows what's going on here. The odds of the Flint Legionella outbreak being a fluke or coincidence are pretty slim—and getting slimmer by the day.

Many, many thanks to the fine folks who retweeted me yesterday on "the Twitter":