One in five suicides is associated with unemployment (economicsociology.org), according to a new study. The Lancet Psychiatry paper (paywalled) is here. So: Does society have an obligation to try to reduce suicide rates? Maybe we start with a full employment policy? And a minimum wage that's not poverty-level?

Want to Live Where Unemployment Is 2%? Move to Lincoln, Nebraska (washingtonpost.com). 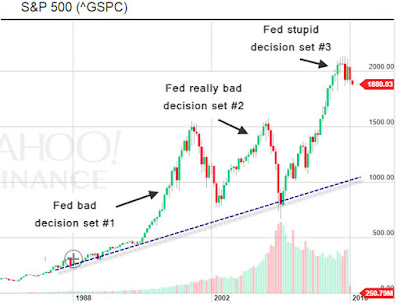 The Deflation Monster Has Arrived (peakprosperity.com). Good economic doomsday overview. Read the charts (like the one shown above), and the article, and decide for yourself. Remember, we had a Fed in 1929. It didn't save us then either.

The New Inequality Debate (prospect.org). Robert Kuttner, in this review of Sir Anthony Atkinson's new book Inequality: What Can Be Done?, summarizes a good deal of recent economic thinking: He shows that mainstream economists are now (finally) coming around to the view that income maldistribution reflects the political meddling of elites more than it reflects baked-in market fundamentals. In other words, the owner class, by infiltrating Congress and Wall Street, has rigged the game in its favor, maybe forever. ("When large corporations and mega-banks capture the machinery of the state, regulation itself is undermined as remedy.") Sadly, while certainly this thesis accounts for some of the inequality that Piketty writes about, neither Kuttner, Atkinson, nor Piketty acknowledges as central the role of technology in crapifying jobs; they barely give a nod to the role of the Internet in globalizing markets that were once fenced-off in various ways. I can't help but get the feeling that Kuttner's whole thesis ("the Big Guys make the rules now"; totally non-news; when haven't the Big Guys made the rules?) is yet another desperate last-minute attempt to rescue capitalism from the clutches of Marx. (Marx predicted exactly the kind of winner-take-all endgame for capitalism that we're starting to see unfold today.) No Western economist wants to read, much less discuss seriously, anything-Marx, or back down from a staunchly chauvinistic defense of capitalism; the default assumption (in the West) is that capitalism is fundamentally beyond reproach. (Which strikes me as an intellectually dishonest place from which to start. We laugh at Russians, Koreans, Chinese, etc. for slavishly worshipping Marx, but in the West, we are just as closed-minded in the other direction.) Still, Kuttner's discussion is valuable, and it's exactly the kind of discussion that needs to be pursued in all its ramifications, if we're to prevent the 99% from becoming indentured multiple-minimum-wage-job servants without health care who spend half their income on apartment rent, half on student loan debt, and half on basic necessities, minus whichever half you're willing to let go of. 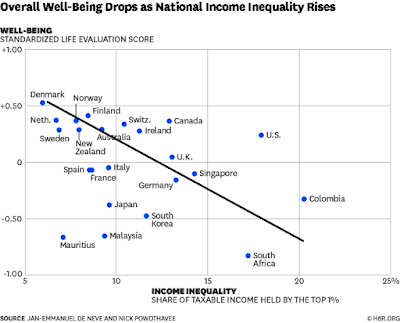 Jeremy Corbyn announces plans to ban senior executives from receiving vastly higher salaries than junior employees (independent.co.uk). “Fairness isn’t just an abstract morality that we claim, it is something we together – as Labour – have delivered over decades in Britain,” says Corbyn, who notes that the Conservative concept of fairness "is of a very different order to ours. Fairness for only a few is not fairness, but privilege.” Corbyn's plan would set up maximum pay ratios (to correct the current 183-to-1 ratio between British CEOs and workers) and prohibit the payment of dividends until all of a company's workers are at least making a Living Wage.

The Opaque Nature of Buzzfeed Reorgs (finance.yahoo.com). In a company with 500 editorial employees, it can be hard to know why people are being let go, apparently.

How drug companies are gaming an old law for greater profits (pbs.org). Ka-ching! Capitalism at its finest!

Does our Microbiome Control Us or Do We Control It? (scientificamerican.com). Researchers from Harvard Medical School and Brigham and Women’s Hospital have found evidence that mysterious microRNA (small RNA molecules, about 20 bases long), liberated by gut epithelial cells, can profoundly influence the composition of the gut microbiome.

Our chemical Eden (aeon.co). Mike Russell has been getting a lot of press for his "energy-flow" theory of the origin of life, nicely summarized in this well-written long-form piece. I'd love to see some bright grad student recast Russell's theory in terms of entropy flow, and tie it to information theory, bridging (at long last!) Boltzmann, Clausius, and Shannon.

The Strange Natural Rings of Northern Ontario (bldgblog.com). In the forests of northern Ontario, a “strange phenomenon” of large natural rings occurs, where thousands of circles, as large as two kilometers in diameter, appear in the remote landscape.

Six Responses to Bernie Skeptics (robertreich.org). Short and to the point. Robert Reich demolishes six top Bernie myths; an inconvenient post for the Clintons. But not nearly as inconvenient as this:

Coumadin, Clinton, and corporate conspired conformity: The case for decentralizing medical practice guidelines (healthnewsreview.org). Recall that Hillary is taking Coumadin because of stroke risk. Note: "If Clinton takes a VKA or other oral anticoagulant continuously over the next 11 ¼ years (i.e., throughout 2 more Presidential election terms should she win in 2016 and 2020), her cumulative risk of fatal bleeding would be about 55%."

Why boredom is anything but boring (nature.com). I found the article somewhat tedious, actually, and was keenly disappointed that no attempt was made to compare or contrast boredom with anhedonia (a condition that overlaps with profound boredom); likewise, there was no mention of possible drug therapies (but then, maybe it's good we're not trying to make this into yet another neurotransmitter-imbalance issue). The most interesting finding, to me, was the high correlation between traumatic brain injury and later occurrence of chronic boredom. Who knew?

Google Paid Apple $1 Billion in 2014 to Keep Search Bar on iPhone (bloomberg.com). "Rumors about how much Google pays Apple to be on the iPhone have circulated for years, but the companies have never publicly disclosed it." Until now.

Many, many thanks to the fine folks who retweeted me yesterday on "the Twitter" (as certain people call it, generally to immense laughter):