The Man Who Studies the Spread of Ignorance (bbc.com). Stanford's Robert Proctor is very, very busy.

Cancer Screening Has Never Been Shown to “Save Lives” (bmj.com).

Sanders: Clinton 'in serious trouble' (CNN). From the least distrusted name in news. 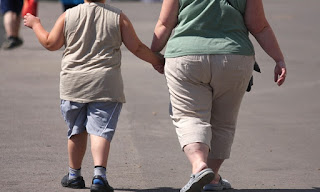 Obesity could lead to 700,000 more cancer cases in next 20 years -- just in the UK (theguardian.com). It seems public health officials are finally coming to grips with the link between obesity and cancer. But can we really break our sugar addiction? Mexico is doing it:

Mexico's Soda Tax Success (bloombergview.com). A year after instituting a soda tax, purchases of sugary drinks in Mexico are down 12 percent, a new study shows. 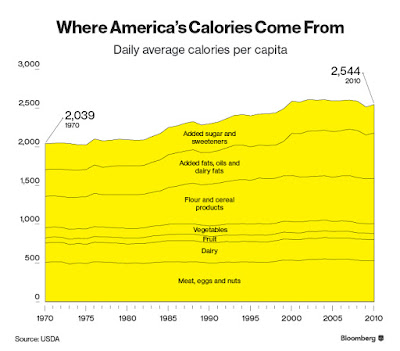 How Americans Got So Fat, in Charts (bloomberg.com). The charts in this piece are worth reviewing. Put down whatever you're eating and go take a look.

Nutrition Advocate Michael Pollan on How America Got So Screwed Up about Food (vox.com). "Don't get lost in the details. It’s very important to keep an eye on the big picture. Eating real food is the most important thing you can do if you’re concerned about your health. The precise amount of various nutrients really is not going to make a difference." A fine interview, in which Pollan comes close to advocating a pet theory of mine that says, basically, if you want to stay healthy, don't put anything in your stomach that doesn't contain DNA. (Eat things that come from actual cells; something that either is or was alive.)

Human-Animal Chimeras Are Gestating on U.S. Research Farms (technologyreview.com). Turns out we may be able to grow human organs in pigs or sheep. Efforts are underway. 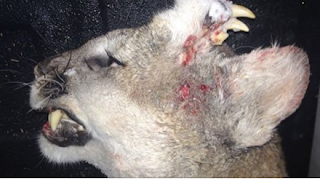 Deformed Mountain Lion Mystifies Experts (wtvr.com). A male mountain lion involved in an attack on a dog near Preston, Idaho, was killed near the Utah border. Examination of the corpse showed the animal had an extra, vestigial jaw growing out of its skull.

Trump Supporters Appear To Be Misinformed, Not Uninformed (fivethirtyeight.com). "Trump’s backers tend to be whiter, slightly older and less educated than the average Republican voter." Which is really saying something.

Jeb Bush Wants to Take Away People's Food Stamps (slate.com). But he won't ever get the chance, so why even write about it? Surely Slate can do better than this? (Someone remind me again why anyone is still writing about Jeb Bush?) 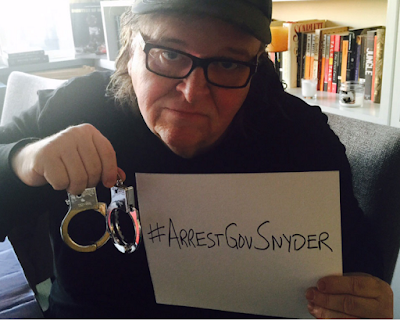 Michael Moore Is a Little Angry About the Flint, Michigan Water Situation (michaelmoore.com). Moore, and around 99,761 other people.

Who Owns U.S. Business? How Much Tax Do They Pay? (nber.org). "In 1980, pass-through entities [not subject to corporate income tax] accounted for 20.7 percent of U.S. business income; by 2011, they represented 54.2 percent." Yep, you pay income taxes so the owner class doesn't have to.

Think Tank Says to Scrap Bank of England's Monetary Authority (telegraph.co.uk). The Adam Smith Institute argues that the "Bank of England should abolish the Monetary Policy Committee and dump its inflation target because the regime has been responsible for creating a century of boom and bust." The argument dovetails nicely with recent papers on Fed boom-bust hysteresis effects. It basically says monetarism is not without its effects, but the effects are mostly side-effects and mostly bad, or at least unintended.

Oregon Rancher ‘Heroes’ Accused of Child Abuse (thedailybeast.com). There's an actual photo of the abuse; it's not just an accusation. That kid's sandpaper burns aren't alleged burns. Why are we afraid to call these criminals what they are?

The Boss Doesn't Want to See Your Resume (theaustralian.com.au). A non-paywalled recap of the paywalled WSJ story, outlining a new trend: In order to guard against bias, identifying info is hidden while candidates are asked to do an actual assignment (which can be evaluated), sometimes for free, sometimes not.

Why Are Drug Monopolies Running Amok? Meet Deborah Feinstein (theintercept.com). A confused (if well motivated) mess of a story. "Horizon, another drugmaker, sells a medication called Duexis, which costs $1,500 a month, even though its component drugs cost no more than $40 a month." Yeah but see, that's not illegal. That's how capitalism works! If you want a profit-based health care system, okay, you get (surprise!) drug and insurance companies profiting—massively—off sickness, misery, and death (and a certain percentage of practitioners who are in it for the money, of course); a system in which only the rich can afford to get sick or have babies, essentially. If that system's not working for you (if the system is broken), consider structural changes to the system. Don't complain when someone follows the rules. The rules say unlimited profit is okay.

How Corporate America Keeps Huge Hacks Secret (CNN). Utilities, banks, oil companies get hacked all the time, but you'll never hear about most of it. "Protected Critical Infrastructure Information" is to be kept out of journalists' hands, according to the 2002 Homeland Security Act.

White House Acknowledges Its Endorsement of a Democrat Would Be a Detriment to That Candidate (reuters.com). My English translation of the story's actual headline.

Media Blackout on Bernie Sanders Continues even though He Leads Trump in Polls (juancole.com). Right, but the TV media charlatans thrive on ad money, and Sanders is not a reality-show creation, hence doesn't produce reliable ratings. CNN promotes Trump because it's profitable. It's pretty simple. Proof: They'll keep promoting him even after he's no longer doing well.

More People Have Cell Phones Than Have Toilets (newsfeed.time.com). From 2013.