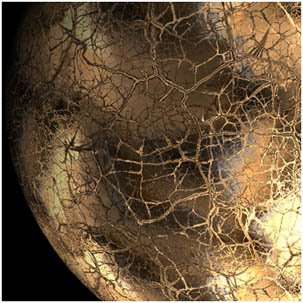 When I first heard about Adobe's Pixel Bender technology, I became very excited. An ActionScript-based pixel shader API? What could be more fun that than? (By now you know what my social life must be like.)

When I saw that PB was a Flash-only technology, my enthusiasm got tamped down a bit. Later, I learned that PB would be supported in After Effects, which had me scratching my chin again. (I've written AE plug-ins before. It's much less punishing than writing Photoshop plug-ins.)

This is great news for those of us who like to peek and poke pixels but can't be bothered to use the Byzantine C++ based Photoshop SDK.

In case you're wondering what you can do with Pixel Bender, some nice sample images and scripts can be found here. The image shown above was created with this 60-line script.