A popular conversation-starter is to ask someone the following question: If you could have access to a time machine, where would you go in time? Would you go forward, or backward? To what date? And why? 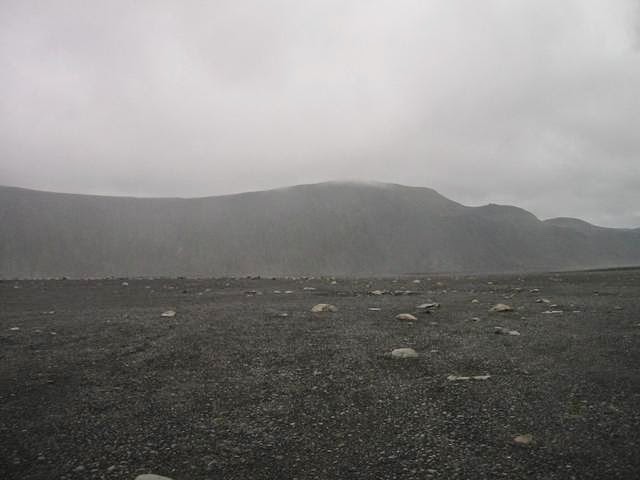 In my case, I often imagine that if I were to obtain access to a time machine (and could use it for only one round-trip journey), I would go back to 1 billion years B.C.E. My mission: to collect environmental samples (soil, sea water, mud) for biological analysis.

Of course, for this journey I will need to wear a space suit. The earth's atmosphere, a billion years ago, would contain far too little oxygen to breathe, just one to two percent oxygen, less than exists today at 50,000 feet above sea level.

I would hope to step out of the time machine on a beach, or within walking distance of the ocean. If I find myself standing on solid land, it will likely be the continent of Rodinia. This is the supercontinent that will break apart, then come together again (around 300,000,000 B.C.E.) to form Pangea.

The ground is rocky, gritty; there is no soil in the normal sense. And certainly no plants. And no insects. In fact, as I look around, I find what appears to be a completely sterile landscape. Without an ozone layer, the atmosphere allows the full strength of the sun's ultraviolet rays to reach the ground, where it sterilizes everything. Were I to step out of my space suit (and breathe through a scuba tank) for even ten minutes, I would be fatally irradiated and die a horrific death 48 hours or so later.

The landscape is rocky, Venusian, harsh. I need to find the beach. That's where all the life on earth is at this point in time―under water.

The beach doesn't look like a normal beach. The sand is dark and gritty. It will be many millions of years before sea creatures have mastered the art of depositing carbonates in their exoskeletons. The first white beach is eons in the future.

I obtain a sample of ocean water for later analysis. Back in the lab, I'll do a naughty thing and taste a teaspoon of it. Oddly, it doesn't taste like normal sea water. It's noticeably less salty, with a disagreeable brackish odor. I spit it out.

The ocean is where life is, at 1 billion years B.C.E. But there is no life to be seen with the naked eye. The first true multicellular creatures are 300 or 400 million years in the future. If I'm lucky, my sea water sample will contain some clue of eukaryotic life. More than likely, it will contain mostly cyanobacteria and the phages (viruses) associated with them, and maybe some other types of bacteria (the forms we now call alphaproteobacteria), but it might contain microscopic green algae (and their viruses). I can't wait to examine the samples to see if eukaryotic forms are present, and if they are, I can't wait to see what their endosymbionts look like (maybe they've already become mitochondria and chloroplasts). DNA sequencing will tell me how many endosymbiont genes have migrated to the nucleus, and which ones are still active. Much work needs to be done.

At 1 billion years B.C.E., earth is a lonely place: no mosquitoes (no insects at all), no birds in the sky, no grass, no moss, no real sign of life―except in the sea (and even there, the life forms are microscopic). The waves that break on the shore are barely foamy at all.

Before returning to the present day in my time machine, I'll wait for night (the wait won't be long; the days are only 20 hours long) and hope to watch the moon rise. The moon, when I see it, will be shockingly huge, maybe twenty percent bigger in diameter than I'm used to, because at 1 billion years B.C.E., the moon is something like 40,000 miles closer to the earth.

As I stare at the shockingly large moon, craters clearly visible, I'll reflect on all that lies ahead for earth: the snowball-earth freeze-over that brings glaciers to the equator around 700 million years B.C.E. The proliferation of life forms after 582 million years B.C.E. (the so-caled Cambrian Explosion). The five major extinction events that will wipe them out. The emergence of dinosaurs, birds, animals with fur. Animals that walk on two legs.

Nighttime is cold, but I can't make a fire on the beach; there isn't enough oxygen in the air. Come to think of it, my space suit's oxygen supply is running low. I need to get back to the time machine, and quickly. I'll die if I stay in this place.