Do I Really Need to Worry About Hillary’s Emails? Yes. She Will Be Indicted. (informedvote2016.wordpress.com). This is the single most comprehensive explainer you're likely to read on the Hillary e-mail scandal, and one reason it's such a compelling read is that it's written not by a Clinton critic but by a supporter. And yeah, it's hard not to get the impression that Clinton is guilty as fuck   of violating 18 U.S. Code § 793. (But before you say "She didn't do anything prior Secretaries didn't do," for heaven's sake do some research. Other Secretaries had private e-mail accounts, but no other Secretary had a private server off-site, in a basement, operating without encryption for months.) Of course, the question of whether (guilty or not) she'll be indicted remains moot. Some say the Justice Dept. is simply waiting for the right timing (whatever that is). A more difficult question, given the facts of the case, might be how DoJ can credibly avoid indicting someone who so obviously compromised national security in such a blatantly negligent fashion. The smoking gun here comes in the fact that foreign actors apparently did intercept some of Clinton's messages early in 2009, before the Secretary began using encryption. (It's breathtaking, to me, that she ran a server, for several months, without a security certificate and without SSL capability. The complete absence of IT/MIS governance here is astonishing.) For more on the smoking gun, see the following:

Was an Asian government reading Hillary Clinton’s emails in February 2009? (WaPo). From the article:


There now seems to be a very real probability that Hillary Clinton rushed to install an encryption certificate in March 2009 because the U.S. intelligence community caught another country reading Clinton’s unencrypted messages during her February 16-21, 2009, trip to China, Indonesia, Japan, and S. Korea.

Again, it's not so much a question of whether Clinton violated the law. She clearly did. (And it's perfectly valid, IMHO, to ask whether Obama himself wasn't negligent in this situation as well.) It's a question of whether, and when, she'll be indicted, and how deep the rabbit hole goes.

And then there's this: 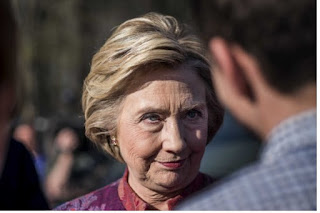 How Hillary Loses (politico.com). To fumble this, she only has to make a few key mistakes. But guess what? She's already making them!

Why Trump voters are not “complete idiots”
(medium.com). When you're desperate for a change in your situation, you don't vote for a status-quo candidate. You roll the dice.

Why Is a Hospital Machine Tied to Superbugs Still in Use? (bloomberg.com). A medical mystery. Great reporting by John Tozzi.

The most expensive drug in history is a money loser (technologyreview.com).

Twitter and Yahoo are talking to each other (nypost.com). Merger talk. Yup.

What animals can swim up your toilet? (BBC). Mostly rats, snakes, and spiders, it turns out. The crocodile thing is urban myth. So relax!

A former senior U.S. general again calls for abolishing the nuclear forces he once commanded (publicintegrity.org). Who knew drawing up target lists (for nuclear war) could be such a contentious business?

The targeting staff in Omaha, for example, had planned so many detonations in and around cities that the civilians’ desire to leave open the option of preserving them was not feasible, Miller wrote. He recalls that then-Secretary of Defense Richard Cheney was among those who were astonished at the number of weapons that had been directed at the general area around Moscow, a figure that targeters surrendered only after Miller demanded to know it.
The civilians’ desire to ensure that Soviet leaders could sense some restraint in a nuclear exchange — preserving the option of a negotiated settlement – was also foreclosed by the scale of the planned devastation. The overkill extended to sending nuclear-armed NATO warplanes to bomb targets “already destroyed by U.S. strategic missiles.”

First you nuke 'em, then you bomb 'em again just to be sure. Of course, to prepare for this we need a $1 trillion nuclear weapons upgrade plan. (But we can't afford to expand Medicare. Too expensive!)

This is why scientists can say comet has everything to produce life—except energy (perfscience.com). Comets are a naturally rich source of glycine.

A Molecule of Water Can Exist in Six Places at Once, Researchers Find (news.vice.com).

11 Beautiful Japanese Words That Don't Exist In English (theodysseyonline.com). For example, 森林浴 Shinrinyoku ("forest bathing") is to go deep into the woods where everything is silent and peaceful, for relaxation.