Omega-3 fatty acids from fish oil have been shown to reduce risk for heart attack and stroke. But they also have the capacity to "thin the blood" by interfering with clotting (which is why some medical facilities ask patients to stop fish oil two weeks before major surgery). It's worth knowing about this effect if you take other drugs to slow clotting. 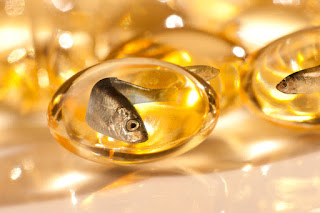 Overall, there's not much to worry about: surveys of the literature consistently find a lack of complications in surgery patients who take fish oil. Studies of the effect frequently say things like "no difference in clinically significant bleeding noted" or "no patient suffered from bleeding complications"; see (for example) this review. For an actual study, see Watson et al. (2009), American Journal of Cardiology.

Frankly, if fish oil didn't reduce platelet aggregation, you probably wouldn't get the heart-protective effects. There are two situations, though, in which the blood-thinning effects of omega-3 fatty acids can be important. One is if you are deficient in vitamin K1, a vitamin crucial to forming blood clotting protein. Omega-3 fatty acids in the presence of vitamin K1 deficiency can cause an excess risk of bleeding. (So by all means, eat plenty of K1-rich foods like broccoli, lettuces, green peppers, and other green-colored foods.) The second situation is the intentional vitamin K1 "deficiency" induced by drugs like Coumadin® (warfarin). Omega-3 fatty acids modestly reduce production of several clotting proteins (e.g., factors VII and X) that overlap with Coumadin's action, so blood may thin more with omerga-3s than without omega-3s.

The bottom line is that if you are taking Plavix, Coumadin, or any similar medication, you should consult with your doctor on the use of fish oil; it's possible you may need to take less of the prescription drugs while taking fish oil.

For most of us, the clotting-reduction effects of fish oils are a benefit, rather than a risk. It helps offset the clot-promoting effects of smoking, physical inactivity, fast foods, etc. (And yes, you should definitely modify your lifestyle appropriately, but until then, a little fish oil can't hurt.) As one doctor puts it: