Nicotine Is Not the Enemy

If you're trying, or someone you know is trying, to stop smoking, there's one thing you need to get clear on. Nicotine is not the enemy. Smoke is the enemy. And also, the 599 things that can be found in cigarettes are the enemy. But nicotine itself? Hell, it's not even addictive, let alone bad for your brain. 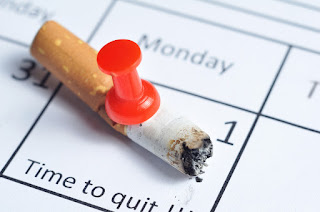 It's fairly easy to convince yourself nicotine is not bad for the brain. Many Parkinson's patients take nicotine therapeutically (without becoming addicted). It's been known for decades that smokers, as a rule, rarely get Parkinson's disease. Nicotine has a protective effect. The March 2014 issue of Discover magazine had a fine article about that. It's worth reading. Read it here.

As for nicotine addiction: Scientists have studied the effects of nicotine on lab animals for more than 50 years, and one thing they've consistently found is that it's almost impossible to get a lab animal addicted to the pure form of the drug. (This is mentioned in the Discover article.) You can addict animals to smoke and tar, but not nicotine itself.

No one, incidentally, disputes that nicotine is toxic: one gram of the pure drug could kill you (although in fact it's very hard to find confirmed reports of nicotine deaths in adults, and at least one person has survived a 3-gram overdose). But no study has ever shown the pure drug to be addictive in humans. If nicotine were addictive, users of nicotine-containing non-tobacco products would become addicted to gums, patches, etc., but instead what we find is that after 24 weeks, only 6% of gum users are still using the gum, and a variety of other studies show the same thing for a variety of replacement products. For a comprehensive review of the literature on "nicotine addiction" (showing that it's not addictive), see this web page by respected French researcher Robert Molimard.

What makes smoking so hard to quit is the smoke, and the way it's delivered (nothing gets into your blood faster than stuff you breathe). So it's important to understand that what you're fighting is the rapid-onset high of smoke; and your need for that high. The nicotine itself is a relatively unimportant side payload that disappears from your system quickly. The physiological half-life of nicotine is only two hours, although cotinine (the major metabolite of nicotine, which is much less potent) has a half-life of 20 hours. After three days of not smoking, your body is over the nicotine.

Don't kill the messenger here. I'm just telling you what the science says.

So the thing you need to ask yourself (what any addict needs to ask) is why you're so needy for a fix in the first place. That question is part rhetorical, part practical, part existential. The answer varies from person to person.

We might be able to learn some lessons from heroin addiction. (In a New York Times article, Dr. Sharon Hall of UC San Francisco is quoted as stating: "Heroin addicts say it is easier to give up dope than it is to give up smoking.") Here, an interesting data point comes from the Viet Nam era. In 1971, the Army started testing enlisted men and found that 15% of troops "in country" were addicted to opiates. At the time, psychiatric researcher Lee Robins was asked to help conduct a more detailed study. She found that the number of addicted service personnel in Viet Nam was closer to 20%.

But she found something else interesting: Among servicemen who returned to the States, very few continued their opiate use. In fact, 95% did not. (By contrast, 90% of non-military heroin addicts in the U.S. who received treatment in the U.S. eventually relapsed.) When Robins reported her results, no one believed her. She spent months defending the integrity of her work.

Today, the results reported by Lee Robins are accepted (read the full story here); most servicemen returning from Viet Nam did, in fact, quit their habits cold-turkey. How is that possible? A variety of factors (including sheer drug availability) come into play, but the important takeaway is that environment and attitude are more important in determining addictive behavior than most people think. Physiology is (arguably) secondary in importance.

For many smokers, smoking is a social experience. Smokers hang out with other smokers. They talk, share experiences; they have a shared routine, something in common. Smoking makes you a social leper in today's world, and it's a relief (when you're a smoker) to find someone else who understands.

So let me ask you. Are you still "in country"? Are you surrounded by horror? Is sheer terror driving you to continue smoking?

Yeah. I thought so.

So one thing you have to consider (an important part of your recovery) is a change of environment. If you're a crack addict, you can't just keep walking into the crack house every day to hang out, and think you're not going to use. If you go in there, you're going to soak up the milieu.

So get away from the milieu.

Get away from other smokers.

Get away from triggers.

Shield yourself from the terror—somehow.

How? I don't know, man, but whatever you're doing now isn't working, okay? And the "way out" you chose (smoking) is about the crappiest survival technique you could choose. Isn't it? It's slow-motion suicide. You're suicidal. And maybe in denial about it.

But don't feel bad. Plenty of other people have chosen addiction (and addiction has chosen them), whether it's addiction to tobacco, or something else: alcohol, food, sex, gambling, shopping, whatever. But whatever your drug of choice is, don't villainize the drug itself. Because that's not really the issue. The issue is: Why do you want the drug in the first place?

That's what you need to work on. And that's the hardest part of quitting: figuring out why you're unhappy in the first place.