What Sun means to IBM 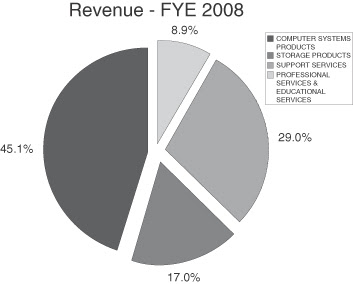 Like a lot of my friends, I've been trying to figure out why the heck IBM would want to buy a burnt-out fail-whale like Sun Microsystems. Yes yes, Sun has some remarkably good technology, and I'm not putting it down. Sun's problem has never really been a lack of good technology. The company's problem has been a failure to monetize the technology. Big difference.

Sun's biggest problem at the moment (arguably) is brand deterioration. There's an odor of failure about the company, and it's a difficult odor to get rid of. It eventually taints the brand itself. I fear that's happened already with Sun.

I spent a lunch hour on the phone the other day with a friend of mine who works for a very large company that competes with Sun in a number of important markets. We tried to think of reasons for IBM to buy Sun, and couldn't come up with many.
So then. What does IBM stand to gain from a Sun acquisition?

Three things, I think. First, a customer list to sell into (for servers, storage, cloud services). That's the obvious one.

The second thing IBM gets by buying Sun (something I don't see many people talking about) is that nobody else gets to buy Sun. Certain IBM competitors who really do stand to benefit from a Sun purchase (e.g., Cisco) are denied easy entry into some of IBM's markets, if Big Blue takes Sun out.

A third thing IBM gets is 7000 patents. Not all of those patents are still active, and around 1600 were donated to open source a few years ago. But it's still a sizable portfolio. And we do know that IBM likes patents an awful lot.

Sadly, one thing IBM does not need, that Sun has way too many of, is employees. I see lots of unemployment coming out of this acquisition (if indeed it comes to pass).

UPDATE: Late Sunday, the New York Times reported that talks between IBM and Sun had broken off. The deal is officially dead (for now). Neither party has indicated a willingness to continue negotiations. Where Sun goes from here is anyone's guess.