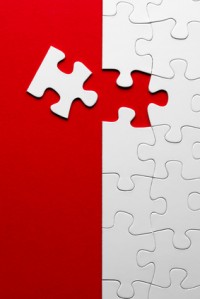 In 1979, an act of legislature suddenly required the Medical School at the University of Texas (Houston) to admit 50 additional applicants late in the admissions season. The late-admission applicants had initially been rejected, based largely on impressions from unstructured interviews in which each interviewer could ask arbitrary questions of different applicants in whatever way he or she saw fit. It turns out the interview process was unnecessary: At the conclusion of medical training, there were no meaningful differences between the initially rejected and initially accepted groups of students in terms of attrition, academic performance, clinical performance, or honors earned.

Yale University had a similar experience. It's recounted by Milstein et al. (1981):


This study compared a group of 24 applicants who were interviewed and accepted at the Yale University School of Medicine but went to other medical schools (AYEs) with a group of 27 applicants who attended the same schools but had been rejected at Yale following an interview and committee deliberation (NAYs). Measures of performance during medical school included scores on Parts I and II of the examinations of the National Board of Medical Examiners and evaluations from the dean's office at each student's medical school. No relationship was found between admission decisions and performance during medical school when AYEs and NAYs attending the same medical schools were compared.

Unstructured interviews continue to be used not only by college admissions committees but by hiring managers and HR departments, despite a vast literature showing that such interviews lack validity (see, for example, the references cited in this 2013 paper). Many HR professionals know the unstructured interview has little value for predicting employee performance, yet persist in using this discredited technique. Why?

Two reasons are commonly given. One is that such interviews can serve as a sanity check to uncover important red flags that might otherwise go undetected in a highly structured interview. This is the so-called "broken legs" check. If a doctor takes a patient's blood pressure, listens to his heart, runs a few blood and urine tests, and asks some routine health questions, the doctor may declare the patient healthy, even though he actually has two broken legs. HR would naturally like to avoid that kind of situation.

The other main reason given for conducting unstructured interviews is that they can be useful for determining an applicant's "cultural fit." Ostensibly, this is (again) a kind of sanity check to see if the applicant's values, temperament, and outlook are "aligned" with company culture. But in reality, it ends up being a "sameness filter": Is the applicant like us, or is she/he different somehow? Does this person fit in? People who fit in get hired. (And then the company wonders, later, why there's a lack of innovation, and maybe a lack of diversity generally, throughout the company.)

"Good fit for the organization" is often code language for went  to the same schools we did, uses the same buzzwords we use, buys into the same cultural myths we do, etc. It's a low-key type of cronyism. What else can you call it when a hiring manager bonds with you on the basis of liking the same sports teams, or having vacationed in the same part of the world, or something equally inane?

Lauren A. Rivera writes, in a New York Times piece called "Guess Who Doesn't Fit In at Work?":


I saw this firsthand while researching the hiring practices of the country’s top investment banks, management consultancies and law firms. I interviewed 120 decision makers and spent nine months observing the recruiting practices of one firm in particular. The professionals I spoke with, who were charged with reviewing applications and conducting interviews, consistently underscored the importance of cultural fit in hiring. While résumés (and connections) influenced which applicants made it into the interview room, interviewers’ perceptions of fit strongly shaped who walked out with job offers.

Crucially, though, for these gatekeepers, fit was not about a match with organizational values. It was about personal fit. In these time- and team-intensive jobs, professionals at all levels of seniority reported wanting to hire people with whom they enjoyed hanging out and could foresee developing close relationships with. Fit was different from the ability to get along with clients. Fundamentally, it was about interviewers’ personal enjoyment and fun. Many, like one manager at a consulting firm, believed that “when it’s done right, work is play.”

To judge fit, interviewers commonly relied on chemistry. “The best way I could describe it,” one member of a law firm’s hiring committee told me, “is like if you were on a date. You kind of know when there’s a match.” Many used the “airport test.” As a managing director at an investment bank put it, “Would I want to be stuck in an airport in Minneapolis in a snowstorm with them?”

Discovering shared experiences was one of the most powerful sources of chemistry, but interviewers were primarily interested in new hires whose hobbies, hometowns and biographies matched their own. Bonding over rowing college crew, getting certified in scuba, sipping single-malt Scotches in the Highlands or dining at Michelin-starred restaurants was evidence of fit; sharing a love of teamwork or a passion for pleasing clients was not. Some (former) athletes fit exclusively with other athletes; others fit only with those who played the same sport. At one hiring committee meeting I attended, I watched a partner who was an avid Red Sox fan argue for rejecting a Yankees supporter on the grounds of misfit.

"Cultural fit" is not formally defined by most hiring managers, hence can mean nearly anything. Often, it's a check of whether someone appears to be a "team player." (This phrase occurs in nearly every job posting.) The unstated assumption is that being a "team player" is good; it means you're not a boat-rocker or a psychopath. But it also means the organization can end up a monoculture of groupthink conformists who salute the same flag but are afraid to speak up. Organizations that value innovation and creativity should arguably be seeking the opposite: individualists, nonconformists, free thinkers, non-team-players, boat rockers. That's exactly what most companies need more of (as evidenced by all the yammering about the need to innovate) yet go out of their way to eliminate in the hiring process.

"Cultural fit" was how you got accepted into the SS (in the Nazi regime), and I imagine it was (and still is) important for advancing your career in the Kremlin. Proving that you're "one of us" is important in many large, powerful organizations.

If you're a job-seeker, beware the unstructured interview (a widely discredited tool) and beware organizations that seem overly concerned with "cultural fit." If a company's culture is so brittle, such a precious snowflake, that you might actually break it by being hired, maybe they're in worse shape than you think. Maybe you need to look elsewhere.