Former US Attorney General Joins Lawsuit Against Bush for Illegal War in Iraq (theantimedia.org). Ramsey Clark has reportedly joined the suit (brought by Iraqi mother Sundus Saleh) with an amicus brief that argues persuasively that Bush, Cheney, Rumsfeld, Rice, and Powell should be held accountable for the Iraq War, the same way Nazi leaders were held accountable at Nuremberg.

40% of police officers' families experience domestic violence (womenandpolicing.com) compared to 10% of families in the general population. These stats are for the U.S. It would be interesting to know if the same phenomenon exists in other countries.

The non-linear health consequences of living in larger cities (arxiv.org). Researchers mine big data to find you're less likely to die of a heart attack in a big city, but more likely to experience domestic (or other) violence.

Presidential candidates are actually talking about America’s heroin issue (WaPo). But do candidates understand that people turn to addiction because economic conditions suck? Student debt, unemployment, lack of opportunity, meaningless/crapified jobs, the unfair enrichment of already rich bozos, the takeover of politics by big money, etc.; these are the things that drive people to self-medicate with alcohol, tobacco, heroin, and the most dangerous chemical of all: sugar. 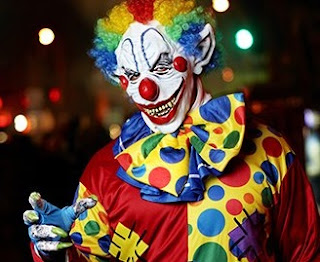 Why Clowns Are Scary (smithsonianmag.com). Especially relevant during an election year.

"We only use 10% of our brains" is still bullshit (gizmodo.com). Old myths die hard.

In Great Britain, government policy tries to medicalize unemployment, study finds (independent.co.uk). The actual BMJ study is here. It uncovers a disturbing tendency for unemployment to be treated as mental illness.

Major internet providers slowing traffic speeds for thousands across US (theguardian.com). This is not a drill.

This is your brain on poverty (globalcitizen.org).

The End of Middle Management? (bbc.com) Middle management jobs will be decimated by technology, leaving behind mostly low-paying jobs at the bottom, with no career path upward.


Graccident Playbook:
It's looking more and more like a hard landing for Greece. Creditors angling for regime change, but that will likely backfire. Creditor countries will be the big losers if Greece is not rescued. Their bonds will crash hard; their stock markets too. (Many EU pension funds will suffer.) Every market hates uncertainty. And there will be plenty of that in days to come. If Greece burns (expect street protests in which anything German is set on fire), it will make UK's Brexit a no-brainer.

Barring another can-kicking episode or last-minute/six-month deal (which would be very bad for Greece), I expect a long-overdue suspension of payments paralleling Argentina's 2001 default. (Which initially left the country in turmoil but quickly led to average yearly GDP growth of 7% between 2003 and 2009.) Argentina mostly shafted private bond holders rather than IMF. Greece will shaft IMF.

There are billions of physical euros in circulation now after weeks of deposit outflows; this will make the bank holiday somewhat easier. During the inevitable bank holiday (forced on Greece by ECB once ELA is lifted), the Bank of Greece will be nationalized and a "bad bank" set up to ring-fence toxic assets. If Greece prints a new drachma, that alone is a violation of ECB rules and will result in Grexit being forced on Greece. Therefore Grexit can come very quickly. The quickness with which things unfold will be eye-opening.

This is a good time to be invested in mattress-cash, precious metals, bottled water, toilet paper, and wooden stakes.

Join us here every Friday for freakonomic news of the weird and wonkish!