Three of five most prevalent Web exploits of 2009 were PDFs 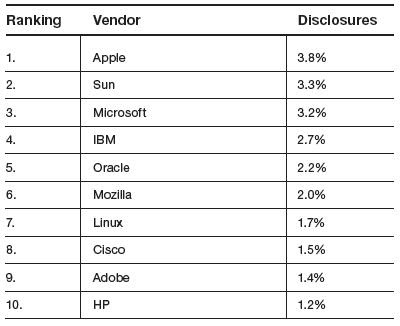 Vendors with the most security vulnerabilities, according to IBM. 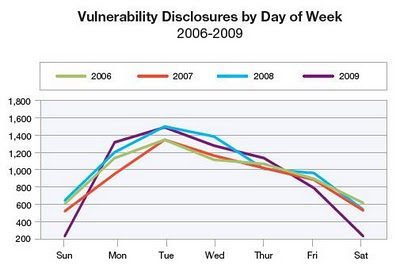 PDFs present a special problem. According to IBM: "The use of malicious PDFs for exploitation has seen a dramatic increase this year and it is quite common for multiple exploits to be present in a single PDF delivered by a malicious site. In fact, the three PDF vulnerabilities on our list are the most commonly observed combination. We will surely see this trend continue into the future; at least as long as new PDF vulnerabilities trickle out into the wild while patch speed and adoption could be better. In 2010, Adobe products are likely to continue to have a presence on our future most popular exploits list, although it is difficult to predict if it will be the “year of PDF” or the “year of Flash.” Adobe Acrobat/PDF has the lead for now."

In addition: "Interestingly, some new additions to the PDF format include the ability to embed entire PDF documents and multimedia such as Flash movies. So now a malicious PDF might actually be a malicious Flash movie. It is quite critical that organizations and individuals update their Adobe products whenever a newer version is offered and if possible use the auto-update facility. In addition, unless you want or need the ability to run script or watch movies inside a PDF document, you should disable these features in the program options."