Capitalism is facing a deep structural crisis whose source is an insufficiency of effective demand; in these circumstances austerity is precisely the wrong kind of policy to pursue from a capitalism point of view. Therefore the austerity policy being pursued by the leading forces in European capitalism is irrational. 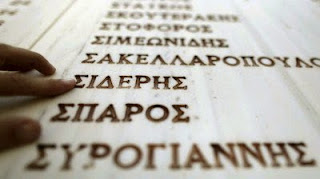 A policy brief by the Institut für Makroökonomie und Konjunkturforschung  shows that the Greek austerity experiment "explains almost the entire collapse of Greek GDP after 2009." In other words, the very terms dictated by Greek's creditors (going back to 2010) are responsible, in large part, for recent deterioration in Greece's ability to pay off its debts. The protracted negotiations, and the odious terms produced by the various debt restructurings, have made Greee's situation much worse than it would otherwise be.

Ozlem Onaran, Professor of Workforce and Economic Development Policy, University of Greenwich, has found much the same thing. In his own policy paper, he points out that austerity measures focusing on wage moderation policies (lowering minimum wage, weakening unions, etc.) lead to decreased consumption, while any private investment increases that occur are "insufficient to offset the negative effects on domestic consumption."

Austerity, in short, is a recipe for economic disaster, further compounding the already awful structural unemployment issues brought about by modern technology trends.

The co-called Troika (consisting of the European Commission, the European Central Bank, and the International Monetary Fund) has put Greece in its current impossible position, check-mating it so that it cannot win. The "austerity measures" being forced on Greece constitute a grabbag of neoliberal pro-business reforms and are thus rightly seen by the Greek as political meddling: the forcing of right-wing politics onto a Syriza-led government that was elected to pursue an entirely different agenda. No wonder the Greeks are pissed.

The Greeks invented democracy. The Troika's special interests are not aligned with that. They represents interests of an entirely different kind; a kind that is slowly but surely setting all Western countries (not just Greece) back 2000 years.