It’s often claimed that ECT prevents suicide. But there are no suicide studies comparing ECT and sham ECT, and the existing literature fails to support the contention that ECT is protective against suicide. What's more, there is considerable evidence that ECT itself can lead to death.

With regard to suicide: Read and Bentall (2010) looked at 13 studies comparing suicide rates of groups who have and have not had ECT (see Table II of their paper; references here). Only 2 out of 13 studies claimed a significant suicide-protective effect for ECT; one study dates to 1945, the other to 1948 (hence both date to the era of “unmodified” ECT—ECT without anesthesia; the era of mental institutions, where patients under lockdown and/or continuous monitoring could hardly be expected to carry out a suicide). Ironically, in one of these studies (Ziskind et al., 1945), two patients died during ECT. In the other study, 80 people with “manic-depressive psychosis” (who never got ECT) were compared with 74 similarly diagnosed individuals treated with ECT (Huston & Locher, 1948). Six patients (7.5%) of the untreated group and one patient (1.4%) of the treated group killed themselves during a follow up period of between three and seven years. It is impossible to determine whether the different suicide rates can be attributed to ECT, however, because the untreated individuals were more disturbed than the treated group: Twice as many (31% v 16%) were classified as having “severe illness,” and more (72% v 58%) came from disturbed families (“mental illness,” alcoholism, criminality, etc.). But also, significantly, more patients in the untreated group (52% v 34%) were men. It’s well known that men have a three-fold higher suicide rate than women. 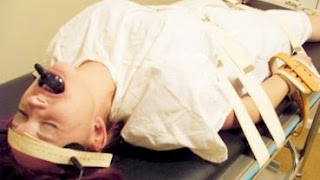 In their decidedly pro-ECT book, Shorter and Healy (2007; again, see references here), cite five studies to support their claim that ECT prevents suicide. One study is mistakenly cited twice with different authors, namely the 1945 study by Ziskind et al., reporting on chemically induced seizures (using the GABA inhibitor Metrazol). So the actual number of ECT studies is four—but since the Ziskind study conflates ECT data with Metrazol-seizure data, there really are just three. One of the three studies is the 1948 paper by Huston & Locher, already discussed above. Also cited are papers by Avery & Winokur (1976) and NIMH (Kellner et al., 2005). The 1976 Avery study recorded deaths among 519 depressed patients three years post-discharge. There were four suicides among the 257 who had received ECT (1.6%) and four (1.5%) among the 262 who had not—hardly a convincing show of ECT’s suicide-prevention capabilities. The NIMH study, meanwhile, was not a study of suicide. It was a study of suicidal ideation. It provided no data on suicide rates.

There remains no definitive evidence that ECT prevents suicide. Most of the “evidence” on this subject (e.g., Huston & Locher, 1948) comes from an era when ECT was not available as an outpatient procedure. In other words, it comes from the days of mental institutions, when patients were either in confinement (and thus prevented from committing suicide) or under intensive medical observation, in conditions that would make suicide much harder to achieve.
On the other hand, there is considerable evidence that ECT itself kills people.
Textbooks and consent forms claim that the risk of death from ECT is very small. The American Psychiatric Association (2001) has said (citing no references) “Published estimates from large and diverse patient series over several decades report up to 4 deaths per 100,000 treatments.” APA gives a “reasonable current estimate” of the risk as (at most) 1-in-10,000, which is the number quoted in many consent forms. This is far from an accurate estimate.
Frank (1978) reviewed 28 articles in which psychiatrists had reported ECT-related deaths. Of 130,216 ECT patients, there were 90 ECT-related deaths, or one death per 1,447 people, seven times greater than the official APA claim.
Impastato (1957) reported 254 deaths caused by ECT and calculated a mortality rate of one per 1,000 patients overall, with a death rate in people over age 60 of 1-in-200—fifty times higher than the American Psychiatric Association estimate.
At the Mayo Clinic in Minnesota, 18 out of 2,279 ECT patients died within 30 days of treatment (Nuttall et al., 2004). The paper reporting this result claimed “all deaths appear to be unrelated to ECT,” despite six being “of unknown cause” and two being from heart attack or stroke (outcomes known to be associated with ECT). Eight additional patients died within two weeks, of “cardiac events.” What makes these results especially hard to explain is that ECT is usually not administered to anyone who isn’t in good physical health; and in this case, recipients had the advantage of being in the care of Mayo Clinic, one of the top health-care providers in the world.
In a 1980 survey of British psychiatrists involving ECT–related deaths that occurred during or within 72 hours of treatment, there were four reported deaths in 2,594 patients (Pippard & Ellam, 1981). That’s a rate of one per 648.5 people—15 times greater than the American Psychiatric Association claim. Of the additional six people who died within a few weeks of ECT, two were from heart attacks and one from stroke (common causes of death from ECT). With these three deaths included, the rate becomes one death per 371 ECT patients.
In a Norwegian survey, 3 out of 893 women—1 in 298—died as a result of ECT (Strensrud, 1958).

Freeman and Kendell (1980) attempted to survey 183 patients who had received ECT in 1976, to determine their attitudes toward ECT treatment. However, 22 patients were either dead or “could not be traced.” Twelve were definitely dead; four had killed themselves. If we count only the two deaths that occurred during ECT, the mortality rate comes to 1 in every 92 patients.
All of these findings show much higher mortality among ECT patients than has been claimed by APA. Consent forms do not cite data showing the true rate of death to be far greater than the 1-in-10,000 claimed by APA. Therefore, patients who consent to ECT are hardly doing so in an informed manner.

Today's post is adapted from Hack Your Depression. Full references to the studies mentioned above are given in that book as well as here. Please buy a copy for anyone you know who may be suffering from depression. More information (including free excerpts from the book) can be found at HackYourDepression.com.

☙ ❧
I want to thank the following great folks who retweeted me yesterday on Twitter. My advice? Follow these guys. They retweet!