What Does Suicide Cost?

Mother Jones has published a disturbingly poignant piece called What Does Gun Violence Really Cost? It's something every American should read. And digest. And read again.

The point of the piece is that Americans pay a huge price, not only in lives and suffering, but in sheer dollars, for our Constitutionally guaranteed freedom to bear arms. The story is full of pathos, of course, but the authors (Mark Follman, Julia Lurie, Jaeah Lee, James West, and Ted Miller), realizing that pathos alone will not even come close to changing the dialog on gun ownership in the U.S., make a special point of converting pathos to plain, hard dollars. This is America, after all. Dollars speak louder than anything else. 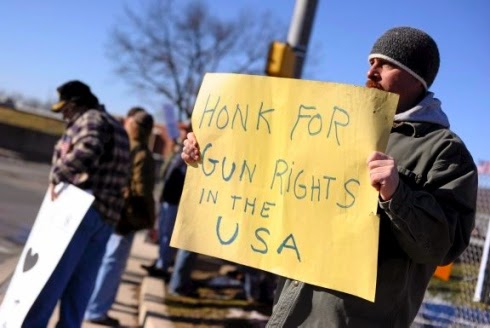 But as I tried to process the staggering number the authors came up with, namely $229 billion per year (that's their estimate of the cost of firearms violence in the U.S.), I naturally wondered: How accurate could that number be? It's meant to be fantastic; dramatic; jaw-dropping. And it is. But is it a realistic number, in any sense? How believable is it? It's almost 6% as big as the federal budget. That's big.

Fast-forward to the answer: The Mother Jones estimate is not at all outlandish, as such things go.

The American Foundation for the Prevention of Suicide puts the economic cost of suicide at a little over a million dollars per victim. (They estimate that 41,000 suicides cost the U.S. economy $44 billion per year, mostly in lost earnings by victims and their families.) However, AFPS does not adhere to industry standard methodology around the value of a statistical life. The extensive 2003 study by Viscusi and Aldy is widely held to be authoritative, in this regard, and values a statistical life at between $4 million and $9 million, which means Mother Jones could reasonably cite a range of $134.5 billion to $302.7 billion for the annual economic burden of firearms fatalities (using the 2013 figure of 33,363 firearms deaths), counting only statistical-life values, not direct expenses.

But is the "statistical life" methodology meaningful? That's a fair question. Over two and a half million people die in the U.S. every year and it's not like we're getting billed $4 million for each death. Still, even if we limit ourselves to direct costs, we're talking many billions of dollars per year for firearms deaths; and the suffering? That's not something you can really put a number on.

What the Mother Jones piece doesn't spend much time talking about, unfortunately, is the fact that two out of three firearms deaths in the U.S. are deliberately self-inflicted. (Read that again.) This in no way makes guns any less of a problem, of course. What I'm saying is that the article is really about two very serious problems (that happen to overlap): guns, and suicide. The costs to society of suicide are enormous. (In my book, Of Two Minds, I talk about suicide at length.) Mother Jones just did the math for us. Suicide is costing the U.S. as much as $150 billion a year. Or as little as $44 billion a year, if you use the AFPS estimate. (In Of Two Minds, I make the case for a $300 billion a year number, based on counting some alcohol deaths, some obesity deaths, and some cancer deaths as "slow suicides.")

Sadly, I don't know that the suicide problem is any easier to fix than the firearms problem. Mostly what people do about tough problems like these is read about them. Read and nod knowingly, and maybe say a silent prayer. But that's a start. Right? That's a beginning? Please say yes.

Email ThisBlogThis!Share to TwitterShare to FacebookShare to Pinterest
Labels: cost of firearms deaths, cost of suicide, value of statstical life