Imagine there's no Euro. It's easy if you try.

This Is Nuts: $5.3 Trillion Of Government Bonds Now Have Negative Yields (davidstockmanscontracorner.com), by David Stockman (remember him? Director of the OMB under Reagan?), is a scary read. It gets even scarier, though: in Is Mario Draghi Stupid, Crooked Or What? Stockman says flat-out: "So, yes, the Euro and the Eurozone do not have a prayer of surviving." 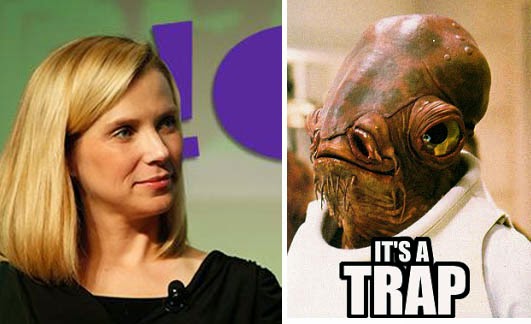 Inside Marissa Mayer's Plan to Take On Google (businessinsider.com) is just as embarrassing as it sounds. Can Mayer possibly be that stupid and naive? The answer, apparently, is Yes, and then some. But remember where she came from: Google, a culture of almost inconceivable arrogance.

Is there some reason, other than greed, why pharma companies in the U.S. charge so damn much for an Epi-Pen? (Spoiler alert: The answer turns out to be No.) Sticker Shock: How Big Pharma Gouges the American Public (BillMoyers.com).

Income inequality is a predictor of poor life expectancy (NYTimes.com). Also, unemployment is a factor in one out of five suicides (reverbpress.com).

“It remains astonishing how many pilots with mild or fading depressive disorders taking antidepressants flew without the knowledge of flight doctors — and still fly for us,” Dr. Uwe Stüben and Dr. Jürgen Kriebel, who both worked for Lufthansa, wrote in the abstract of a paper published in 2011 (while Mr. Lubitz was still a trainee). Germanwings Crash Exposes History of Denial on Risk of Pilot Suicide (NYTimes.com).

Dutch launch criminal investigation into Uber (reuters.com). Apparently, it's not so easy getting Uber out of your country.

Mindfulness-based cognitive behavioral therapy turns out to be every bit as shitty as antidepressant therapy, with 44% vs. 47% relapse rates; this according to a punishingly vapid paper in The Lancet with 26 coauthors. (How proud their mothers must be.)

Crappiest Clickbait Story of the Week Award goes to Mashable for My brother looks like Harry Styles and it's killing my wildest fantasies, which somehow got 1.7K social shares despite a creepy, indecipherable weirdness that puts it in a genre of its own.

Tired of lies and half-truths about mental illness? Arm yourself with some facts. Check out my free book Mental Health Myths Debunked. Tons of info, tons of live links, lots of straight talk about depression, suicide, meds, therapy, psychiatry, mental health trends, statistics, and more. And you know me, I call bullshit on bogus ideas (then give URLs to the actual data, so you can weigh the evidence for yourself). The idea that antidepressants take weeks to do anything? Myth. Most people benefit from antidepressants? Myth. Antidepressants separate from placebo in clinical trials? Largely myth. (Half the trials show separation. Half don't.) Electroshock therapy is safe and effective? Bigtime myth. ECT is flat-out dangerous. Consent forms are based on obsolete data. But don't take my word for it: Read the science for yourself. It's all laid out (with references) in the book. Download ePub or PDF now at NoiseTrade. Tell a friend.