A Stunning Setback for Common Core

Suddenly it's not looking good for Common Core. 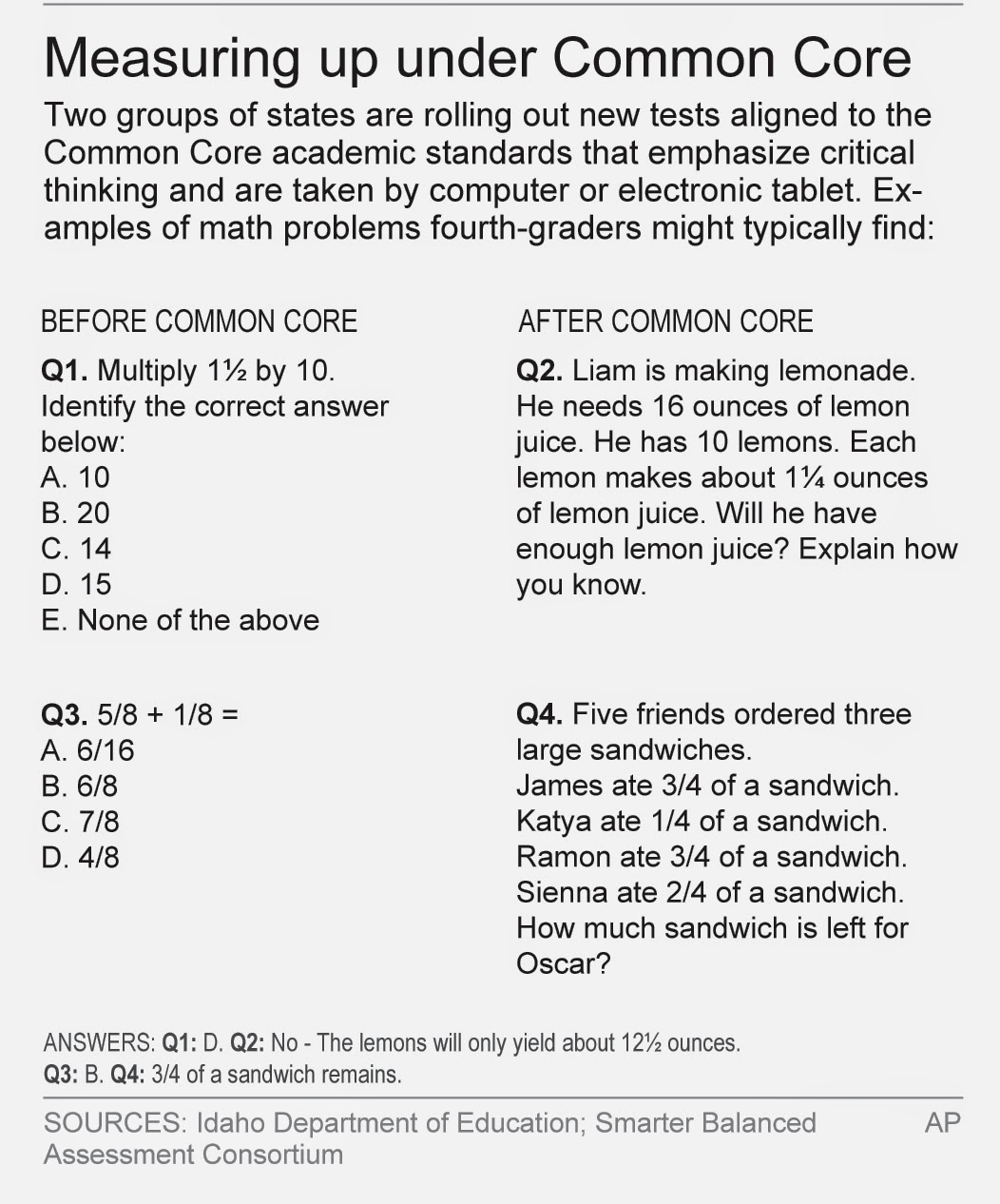 In a broad-based populist uprising, parents in the state of New York this week pushed back hard on standardized testing. The tests in question are all based on Common Core.


At West Seneca District near Buffalo, nearly 70% of some 2,976 students refused testing. Likewise, at tiny Southold School District on Long Island’s North Fork, 60% of the 400 students opted out; so did 60% of Rockville Centre’s 1,600 pupils. And in the Westchester town of Ossining, nearly 20% of 2,100 students boycotted.

At the Patchogue-Medford School District in Suffolk County, 65% of 3,400 students in grades three to eight abstained from the test.

In Westchester, former Republican gubernatorial candidate Rob Astorino refused to allow two of his children to take the test. “Today, Sheila and I join over 100,000 parents across New York in opting our children out of the Common Core tests,” Astorino said in a statement.


Conservatives like Astorino have formed an unusual alliance with liberal education advocates who claim the test, developed by Pearson PLC, does nothing to help assess students.

“They’re secret, you can’t even discuss the contents of the test with anyone,” said William Cala, superintendent of Fairport Central School District outside Rochester, where 67% of students boycotted the test Tuesday.

What's interesting is that conservatives and liberals have joined together to push back on Common Core testing, which puts Hillary Clinton in a bit of a bind. While she has studiously avoided endorsing Common Core explicitly, Clinton nonetheless has praised teacher groups who support it and has indirectly endorsed Common Core as recently as last week. Beyond that, the Clintons are well known to favor a top-down, federalist approach to public education.

Clinton's ties to teacher's unions are well known, and many teachers now have their pay tied to standardized-test outcomes, so it will be interesting to see how Hillary backpedals her way out of this one.

Common Core has been billed as a state-led initiative, but in fact these are national standards, created by Gates-funded consultants for the National Governors Association (NGA). States were coerced into adopting the Common Core by requirements attached to federal Race to the Top grants and, later, the No Child Left Behind waivers. NCLB required states to adopt “rigorous” curriculum standards and test students annually to assess progress. Under the threat of losing federal funds, all 50 states adopted or revised their standards and began testing every student, every year in every grade, from 3–8 and again in high school. (Before NCLB, only 19 states tested all kids every year, after NCLB all 50 did.)

But many now consider NCLB a dismal failure in both raising academic performance and narrowing gaps in opportunity and outcomes. NCLB mainly succeeded in creating a narrative of failure that led to a decade of attempts to “fix” schools while blaming those who work in them. By the time the first decade of NCLB was over, more than half the schools in the United States were on the lists of “failing schools.” Common Core picks up where NCLB left off, further intensifying the divisive debate over top-down curricula and the channelling of students (and teachers) into success tracks and failure tracks.

From the looks of things, Clinton will now have to distance herself from Common Core (and quickly), or face the wrath of parents of all political stripes, who have rejected Core-based standardized tests as onerous and manipulative.

The brouhaha over L.A. schools pushing back on iPads may conceal a larger issue: the iPads are basically a delivery vehicle for Common Core, which in turn is a major Pearson profit-driver. By the looks of things, the whole Common Core mess is exploding in Pearson's face, with Apple now caught in the middle.